This morning I was by Jones Beach.  Driving in the area I saw a Sharp Shinned Hawk and a very large Raven feeding on a roadkill? rabbit near the tower.  From Wantagh Parkway I saw my FOS Great Egret in the marsh at Wantagh Park.

Posted by Robert Taylor at 7:55 PM No comments:

Just a few notes from the last couple of days.  I've been seeing a pair of House Finches making a nest by my yard recently - I wonder if they're the same pair I've seen the last couple of years, I would like to think so.  I had a bunch of Fish Crows in my area the other day.  I also saw a group of 12 large birds fly over today -they were high end but my guess is that they were migrating Great Blue Herons, moving from the southwest to the northeast.
Posted by Robert Taylor at 6:39 PM No comments:

I've been trying to go birding a little bit before singing into work.  Here's some recent photos. 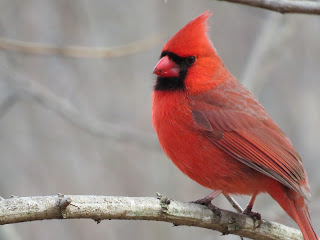 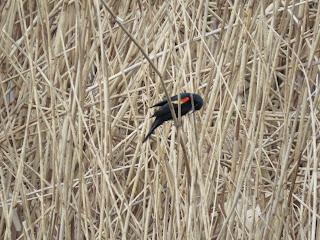 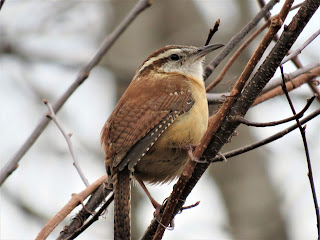 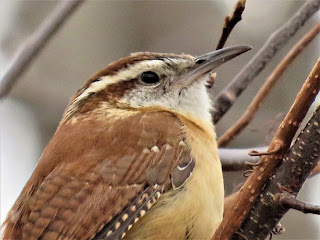 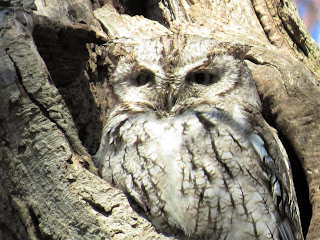 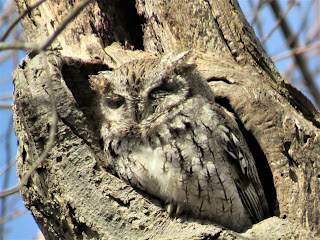 Posted by Robert Taylor at 9:51 PM No comments:

With the arrival of some signs of spring (Cardinals singing, Robins on the grass, Red Winged Blackbirds and Grackles returning) I went to the preserve the last couple of days if anything just to see and hear Red Winged Blackbirds.  I went this morning to the "Doris Place" pond and as I was leaving saw a Red Throated Loon at the edge of the stream.  It went into the water as soon as I stopped so didn't great photos, but I was surprised to see one at this spot. 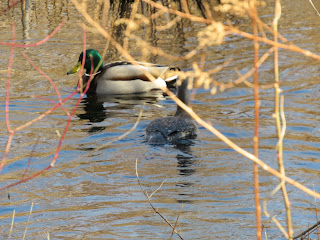 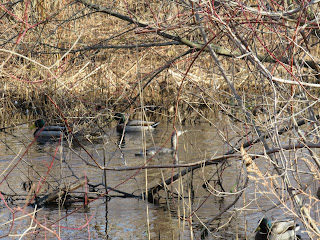 Posted by Robert Taylor at 5:20 AM No comments:

I had the chance to go out birding for a little while so took advantage of it.  I picked Snouty up early in the morning and we went for the continuing yet secretive (not a marsh bird) Spotted Towhee at Baldwin Park.  I had tried before but figured it would be nice to see since it had been sighted recently (thanks for the post Rob P)  We creeped up the path threw the snow and Snouty spotted it.  I couldn't see it well from where I was so I moved up but it caused the towhee to fly from the path into the brush (oh shit)  We spent some time waiting for it but didn't come up.  We moved up the path and we found it again , this time I got good looks and some half decent photos.  Although not a lifer for me, this was my first female Spotted Towhee and it's also always nice to add another NY bird to the list.  While we were waiting we saw 2 Ravens call and fly over.  We also met John G which is always pleasant.

We went to Lido Marina, Nickerson and Malibu to try for some recently sighted Pipits and Lapland Longspurs but all we found were a mixed flock of Horned Larks and Snow Buntings.  We were going to go to Tobay/ Teddy Roosevelt to try for the Rough Legged Hawk but saw an NY listserv report that the continuing Mew/ Common Gull was easily seen at the Prospect Park lake.  This has been a bird both Snouty and I have tried for over the years at different sites in Brooklyn but haven't had much luck with.  Since it was a lifer for me and Snouty wanted it as a NY bird we decided to make a go at it.  We arrived at Prospect Park where we found a bunch of birders on the other side of the lake.  (lets hope Doug G is stil there or at least other birders who have it in their scope!)  After trudging through some snow and ice and going past a crazy dude relieving himself on a tree we made it to the group of birders.  We didn't want to be rude and "demand" to know where the Mew Gull was but seemed like they were seeing it.  Before I could get on it, the whole flock flew up into the air (I was thinking I'll never see this $*$*%#* bird)  but luckily the Mew Gull landed back on the ice in a better spot!  I thought I had it in my scope from what others were saying but I asked Doug G to assist who confirmed I was looking at the right bird.  (thanks Doug)  btw, he has been helping a lot of other birders find this mew gull.  I got decent looks at it before we called it a day.  Was not impressed with the bird itself, but happy that it was a European type and it's my second lifer for the year, already tying out with my 2 lifers for 2020.  I'll take that for now!

Posted by Robert Taylor at 12:32 PM No comments:

There has been a continuing Common Gallinule at Mill Pond - I saw a recent ebird report that mentioned it had a red shield, which I've never seen before.  I went to Mill Pond and found it and got decent looks.  I also found a continuing female Blue Winged Teal and a Kingfisher. 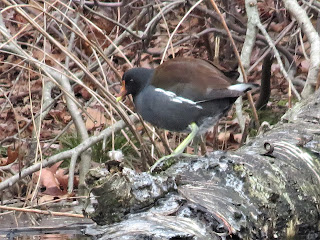 Posted by Robert Taylor at 8:28 PM No comments:

As I was out and about, I got a message in whatsapp that Sy Schiff had passed away at 90.  I remember seeing and talking to him especially when I started birding.  He was always very polite and tried to be helpful to new birders.  It was very interesting to hear his perspective as he was a long time birder.  Rather than write a story about the times I met him, I'll list some of the memories I have of him that are personal to me.

when I saw my lifer Pomarine Jaeger sitting on the sand at Jones Beach West End(my birding claim to fame) he commented to me, that's the least likely seen jaeger that would be seen from shore

He will be missed 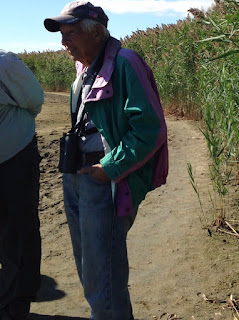 Posted by Robert Taylor at 11:05 AM No comments: